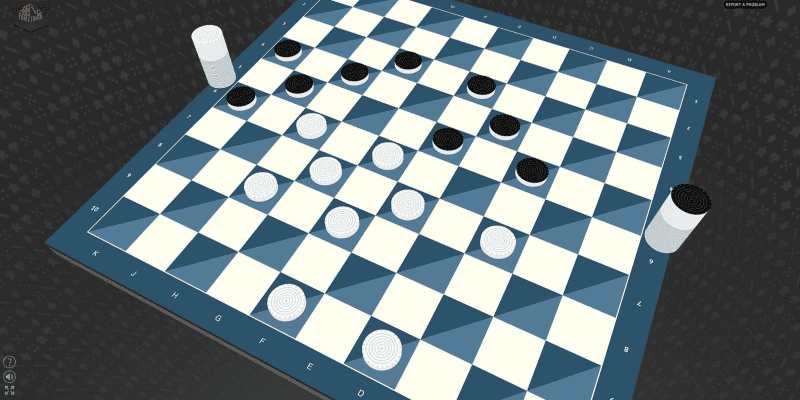 What happens if a game is known for so long and it spreads throughout the world? Of course, there are many variations. Today there are international Draughts, Brazilian Draughts, Thai Checkers, Russian Shashki, Italian Draughts, Argentinian Draughts, Turkish Draughts, etc. I can enumerate more than 20 variants of Draughts, and probably that’s not all. There are also many games like Draughts. However, I would not call it Draughts. Let’s start with the fact that there is a standard set of rules for all types of draughts games.

In the American Checkers number of pieces, initial setting and the board are the same as in the Brazillian, Russian and pool checkers. The differences are as follows.

●    There’s no flying King. The crowned piece can move one square forwards or backward and can capture forwards and backward

●    The player can choose any capturing sequence. There is no need to capture the maximum amount of opponents’ pieces.

●    Capturing is compulsory, and where there is a choice, the move that captures the greatest number of pieces must be made.

●    Captured pieces are not removed from the board until the end of a move. Any pieces which have been captured but not yet removed cannot be hopped over again during the course of the move - dead pieces form an impassable barrier.

●    A piece is only crowned if the piece finishes the move on the final square. So, if a piece moves onto and off the final row during the course of a capturing move, and does not finish on the final row, it is not crowned.