Master of the Galaxy Review — The Crowdfunding Game We All Waiting For! 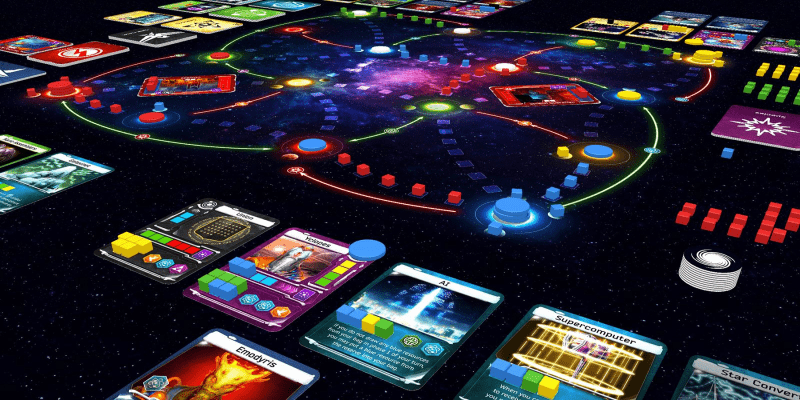 The galaxy is large and plentiful, generous and open to any who will be able to overcome the attraction and escape to its expenses. But the nine Senior Races are already on the warpath to divide its stars and planets. Someday all these races will become parts of one great empire stretching over thousands of parsecs. Everyone will take his place there: someone higher, someone lower. But only one will become founder and future king of the galactic nation - the winner in the struggle, which begins now and here.

And there are no means in the whole universe that could be neglected for the sake of victory in this struggle. 4X-strategy based on the mechanism of bag-building. Each player, starting with a single star system, a map of the race and a small amount of resources, will try to conquer the Galaxy. Players will collect resources to support expansion and implement scientific developments that will help in realizing the chosen strategy. Each of the players can choose their own way to achieve the goal - to make rapid expansion in order to increase their presence in the Galaxy, or to concentrate on the development of science to unattainable heights, or consistently and methodically destroy all their rivals.