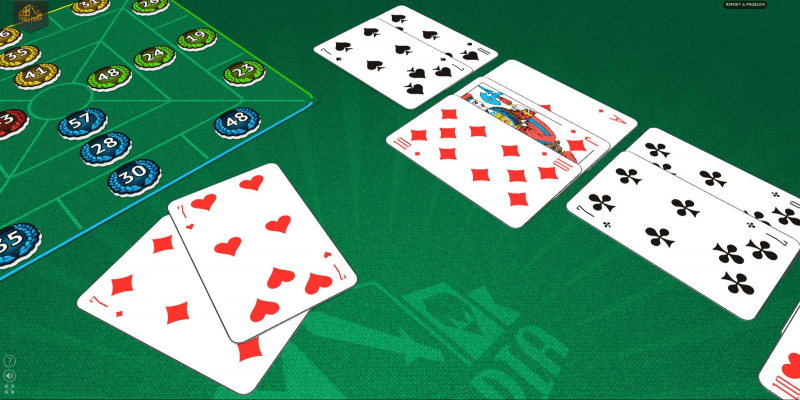 Preference is one of the most widespread card games among serious card players in Russia. There are four main varieties: Sochi Preferans, Leningrad Preferans, Classic Preferans and Rostov (or Moscow) Preferans, and many smaller variations within these. Popular in Russia since approximately the 1830s, Preferans quickly became the country's national card game. Although superseded in this role by Durak, it is still one of the most popular games in Russia.

Preferans (Russian: преферанс) is an Eastern European 10-card plain-trick game with bidding, played by three or four players with a 32-card Piquet deck. It is a sophisticated variant of the Austrian game Préférence, which in turn descends from Spanish Ombre and French Boston. The popularity of Préférence appears to have started in Vienna in the early 19th century before it spread to Russia, where it peaked in the middle of the 19th century and is still played today. Besides developing and diversifying within Imperial Russia, and then the Soviet Union, the game also expanded into other countries of Eastern and Central Europe. Modern variations include Austrian Illustrated

Préférence and Balkan Préférence, which are both close to the original game, and Greek Prefa, which is more similar to the Russian game. Many of the game's mechanics are based on French Boston, a game that can be roughly characterised as Whist with suit-based bidding. Compared to Austrian Préférence, Russian Preferans and Greek Prefa are distinguished by the greater number of possible contracts, which allows for almost any combination of trumps and numbers of tricks.

Another distinguishing feature is the relatively independent roles played by the opponents of the soloist. Preferans is played by three active players with a French-suited 32-card piquet deck. Aces rank high and tens rank in their natural position between jacks and nines. As happens with many three-player trick-taking games, the game is frequently played by four players using the convention that in each hand the dealer pauses. Each active player receives 10 cards in batches of 2. The remaining 2 cards form a talon that will be used by the declarer to improve his or her hand. The deal typically follows the scheme: 2–talon–2–2–2–2....

Also, two players can play Preferans. This variation is called hussar (Russian: Gusarik). In this variation, cards are dealt for three players. The third player is called dummy, his cards are not opened during bidding. If someone wins a bidding and the second player decides to whist, his and dummy's hands will be displayed face-up on the table and the defender will play in the light as in the game with three or four players.

A bidding process is used to decide which player declares the trump suit, as well as the contract, which is the required number of tricks the soloist must attain. The soloist is known as the declarer, and the declarer's objective is to win the contracted number of tricks, while the defenders' main objective is to prevent this. Trick-play differs from Whist in that there is an obligation to trump. The eldest hand leads to the first trick. Players must follow suit if possible, else trump if possible. The trick is won by the player who played the highest trump or the highest card of the suit led. The winner of a trick leads to the next trick.