Top 5 Family Board Games Based on Travelling 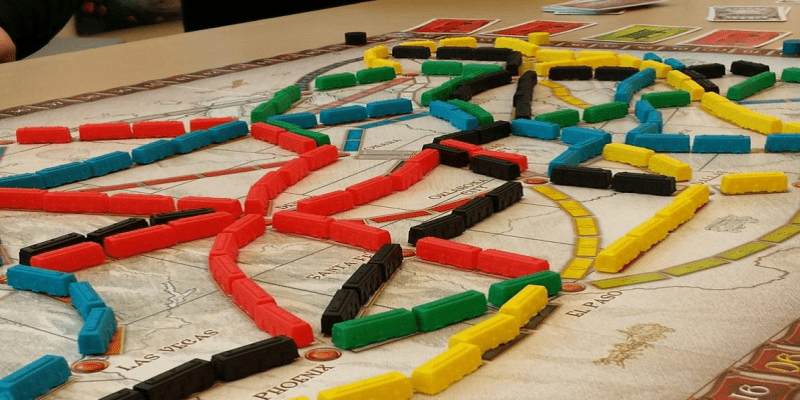 As many board games are in factr about moving tokens through the board, it’s logical to see them as a sort of travel. Having the game legend based on travelling suits both the gameplay and the story behind it. We have selected the five travel board games we consider the most interesting and fun to play.

Ticket to Ride is both about travel and management. In this game you enter the world as it was just building its railways. So, to get from one city to another on the train, you need to build the railroad to connect them. Let’s become the railway pioneers?

Championing technical progress and spirit of ventures, this game is available in various editions, featuring American, European, and other countries you need to ride through. This is about economy and strategy as well as about geography.

Let’s go get lost anywhere in the USA! Yes, it’s the game to get lost in, as it’s more than mere moving tokens according to the dice. In this game, equally fun to play for kids and adults, one has not only to quickly recall cities starting with a certain letter. The special dice with letters instead of dots are included.

They also need to make up stories that include words starting with these letters. The more absurd the stories, the better. If you invest enough artistry, it doesn’t matter who wins anyway. TRoad Trip is both a family board game and a sort of fun for adult companies, especially if the in-game trips echo the real ones taken recently. It requires some talent, though, because making up absurd and funny stories (and decent as well when playing in the family) requires inexhaustible creativity. 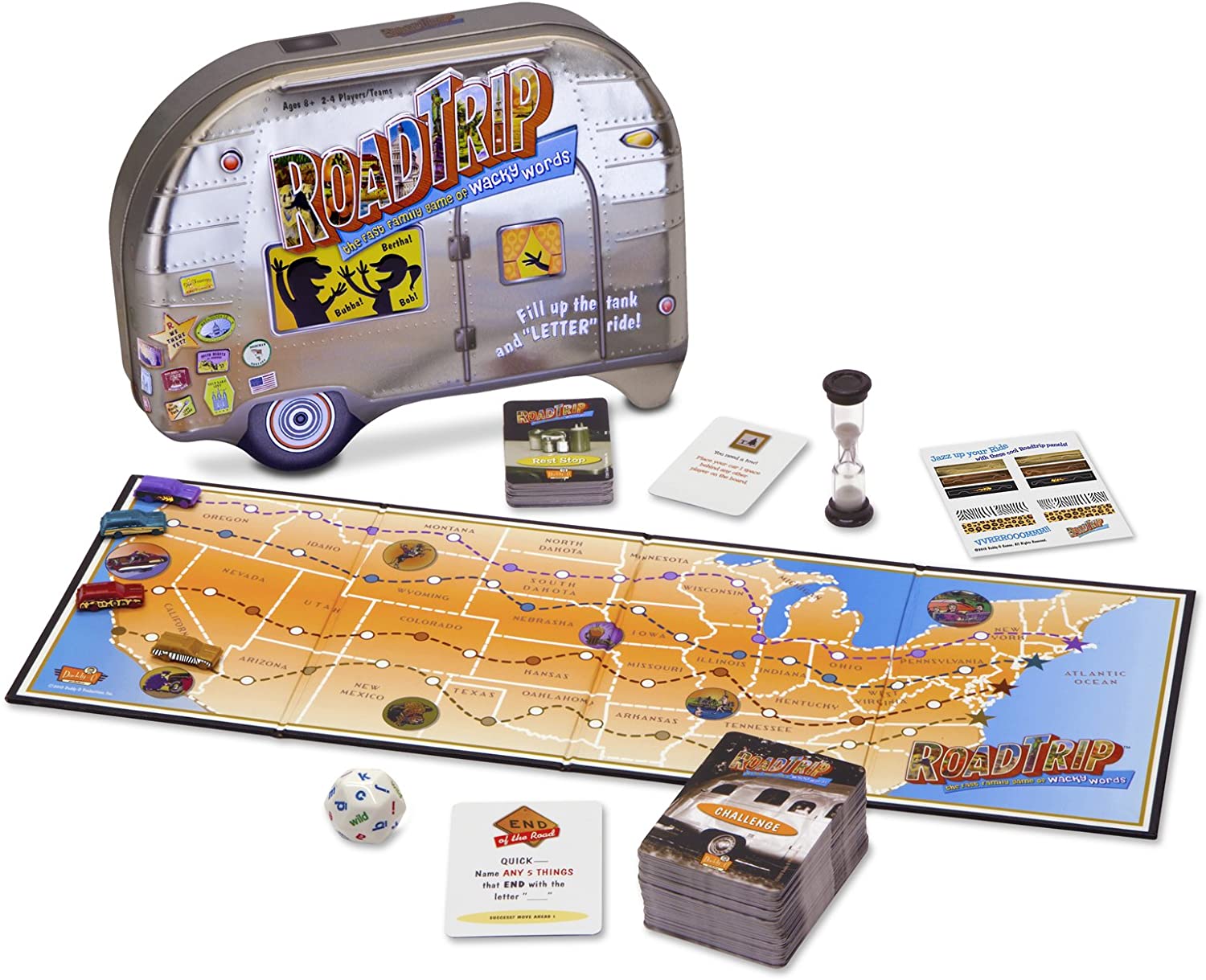 Though the player does not imitate travelling in this game, many of them, both kids and adults, may feel the original inspiration of the author and want to visit the places mentioned there. Hard to realize most of these wonders are gone forever, but the places remain. Each player has a personal board, making their preparations secret, so others have to guess by the cards they play.

The game lets the player build one of these ancient wonders in a city that supports it and lets it shine. Gather resources, build your city, your Wonder, and maintain through three ages. It may seem inspired by Age of Empires II, and in a way it is.

If you need the truest travel board game, then Tokaido is the undisputed winner. The essence of the game is in travelling by Tokaido road through the East Japan and tasting as many joys of the road as possible. The game brings the iconic flavor of the medieval Japan, and the pleasures you are to enjoy are just that specific – sakura bloom, hot springs, Oriental food, paintings, temples, encounters with strange and curious people – it’s all there.

The rules of the game are also Japanese, its rules being cooperation- rather than competition-oriented. For example, the one that follows behind may make several moves in a row until they catch up with the rest. So, this is not only a game about an exotic place: it’s a real travel-inspired game. Of course, if you visit the today’s Tokaido corridor, you will mostly see cars and trains hurrying from A to B, with little remaining of the old times. The more beautiful the game gets.

Where in the World is Carmen Sandiego

Based on popular edutainment video game series, this board game lets you follow the beautiful and inventive Hispanic thief stealing the treasures from all over the world. You need to detect here whereabouts; on that mission you need to neutralize Loot, Location and Henchman cards to leave her no exit.

If you have played Carmen Sandiego video games, you’ll enjoy this one even more. But if not, it’s no big deal. The game is rather logical than chance-based, though randomizing cards saves it from being boring. 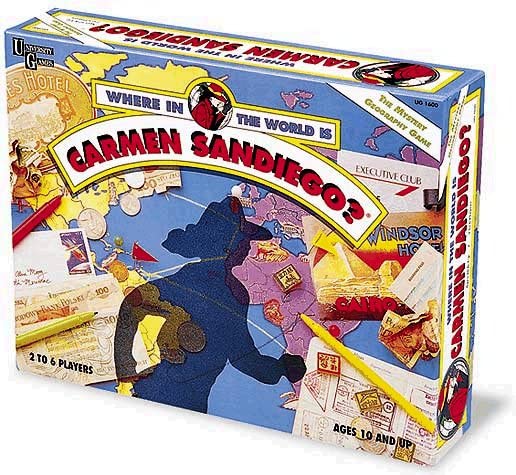 There are more games we have skipped, though they could have fit the headline. For example, the famous Carcassonne, a terrain-building game, is also partly inspired by visiting the eponymous castle in France. The same with Santorini: great as it is, it’s about building rather than travelling.

We would be grateful if you name your favorite travel board game in the comment. There are so many board games now that it’s hard to select favorites not being personal about them. If you add yours, you may help others discover some great entertainment.