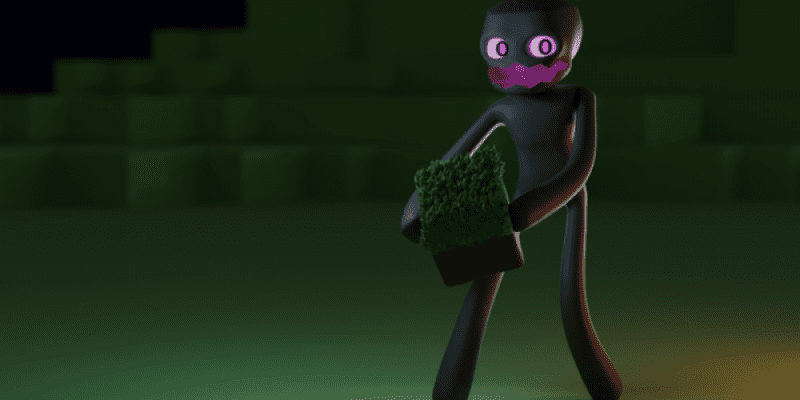 Minecraft is a popular sandbox video game developed by Mojang, where the players can explore, build, and survive. The game provides endless possibilities, like creating elaborate structures or modifying Minecraft mobs to make them more challenging. Recently, a Redditor known as ndm250 created a mod that gives Enderman a neutral mob, a new ability, prompting a range of reactions from other players.

Enderman first appeared in Minecraft in 2011 and has the power to teleport, as well as a fixation on grabbing blocks. If the players look an Enderman in the eye, it will start making loud, long noises as a sign of provocation and attack them. Ndm250's mod adds a new level of challenge to the mob. It gives Enderman the power to attack and suspend the players in midair, causing an effect that turns the screen purple. Once the screen returns to normal, the Enderman throws the player off the cliff.

Ndm250's mod also changes the Enderman's eye color to green, a feature that the mob had until the update that added the Ender Dragon to Minecraft. To defeat the Ender Dragon, players must kill Endermen to get Ender Pearls to craft his Eye. Mods like this are important for Minecraft since they provide a deeper and more entertaining gaming experience.

Overall, the mod created by ndm250 adds a new ability for Enderman, contributing to the game's challenge. Consequently, it allowed other players to have a more entertaining experience. The mod still requires some adjustments, but it promises to deliver a more fearful version of the mob. Mods are a crucial part of Minecraft as they make the game more enjoyable for the players and allow them to explore different possibilities.